Since HCL Connections 6 CR3, we have the possibility to install the “Highlights” Application, which basically is a light version of “Connections Engagement Center”, previously known as XCC and originally developed by TimeToAct Group.

The Highlights Application was well-received by most of our customers and many wanted to at least try out the full version of the HCL Connections Engagement Center.

So the question is, how do you update to the full Version? Well, the XCC or the HCL Connections Engagement Center was never hard to install and maintain, so the Upgrade is also pretty straightforward, that is, unless you are running Connections on Windows OS.

I have done a few upgrades on Linux OS, using the 6.0.2 Version of the setup for Engagement Center. This usually lasts about 10 Minutes and works like a charm. This process is described very well by the official documentation.

Recently, I had an issue upgrading to the full version on Windows platform, with the Connections 6 CR5 Version. Here I had to find out that the “ICECInstaller_Windows.bat” not only fails to upgrade the product, but it also messes up the Highlights Application, which won’t work after the update.

I opened a case at the HCL Support Site and I promptly got an update that the same problem could be reproduced in the HCL Test Environment and that the support is working on a fix for this issue, so stay tuned for that if you are planing an update.

It is possible to update the product manually, which is also a faster way if you know which file to “tweak”, but you may have a Licensing issue, so if you are planing on doing this, make sure to inform and get a confirmation from the HCL Sales Representative or HCL Support.

We have the possibility now to replace Textbox.io editor with TinyMCE. I like this new addition to the product and I did not have any issues with.

Replacing the old editor is really easy, basically you use the same process as updating Textbox.io.

But do take care, some formatting, in Wikis for example, will get lost after you switch the editors. So make sure to fill your test environment with some articles from the production and check with your users if this poses a problem for them.

Yesterday I took part of the Webcast, “HCL Connections: The Future is Bright”, it was hosted by “DNUG” (a big thumbs up for that). In this Webcast Danille Baptiste showed us the future plans for HCL Connections. And indeed I do think that the future of the product is bright. The HCL is planing integrations with Microsoft Products, Salesforce and SAP just to name a few, and finally, a proper Integration with Domino! 🙂

I always thought that I knew about all the “Connections Assets”, add-ons developed by “IBM Services”, well I was wrong, Danielle mentioned at least ten of them of which I never heard about. And guess what, HCL will make them all generally available, they will also be installed as a part of the Connections installation.

The thing I like the most is, being able to see all the information you need on single screen/browser tab, things like that blow me away and I hope this will come rather soon:

Danielle also presented a Roadmap for Connections, at the end of the Q3 we should get the next CR, and towards the end of the year we will get Connections 6.5. From there on HCL plans to deliver a major release every year.

I like the way the product is heading, the HCL recognizes the products strengths and weakness and you can clearly see that in their vision. We will hear more of that and in greater detail at Social Connections 15 in Munich.

As of today Docs 2.0 CR3 iFix 006 is available for download from the Fix Central, it includes the following Fixes:

Prior to installing this iFix you need to install CR3 for IBM Docs 2.0, iFix 006 includes the updates from all previous iFix updates.

IBM Connections 6 Cumulative Refresh 3 was released yesterday. And besides the usual and long Fix List it also includes some new features:

It also includes all Features and Bug Fixes from previous releases (CR1 & CR2).

As usual, the update can be downloaded from the FixCentral. Database update scripts are available from the separate site and they include a script for the creation of the new Highlights database.

Before starting the update make sure you take a look to the update guide and the update strategy for IBM Connections 6.

I am happy that the IBM Connections is getting new features on the WebSphere platform, this will certainly make many customers happy who are not ready to implement the Component Pack. By the way the new Component Pack should be announced in the next weeks, so stay tuned.

Recently a customer asked me to review his Connections environment and implement SSO via SPNEGO. He started implementing it, but he couldn´t make to work, so he wanted me to pick up where he left it and make it work. I had a fair share of troubles to make it work and along the way I found some “typical” problems, so I thought I share these issues (and some other I had in the past) with you and hopefully save you some time.

On the second thought invest a lot of time. The configuration will make sense only if you know the basics about Kerberos, SPNEGO and WebSphere Security in general. It will also help you a great deal troubleshooting and things like a WireShark trace (yes it may come all the way to that) will make much more sense. I strongly urge you to read the following article:

I never found a better article explaining how SPNEGO works in combination with WebSphere, it´s old, but it´s good.

I also recommend using the WebSphere documentation instead of Connections documentation (where it makes sense of course), I think that it is generally more in depth and more up to date. Which is OK I guess because Implementing SPNEGO has a lot more to do with WebSphere than with Connections Applications.

Make sure Test and Production environments are the same

Here is where the details matter, I know that it is not always possible to have the exact same copy of a Production environment as a Test environment, but make sure that at least the things like DNS, Shares, User Access Rights… are the same as in Production. Difference between “CNAME” Alias and a “Host (A)” Record can have a lot of impact.

We had an issue, this will surely be a plague of the Test Environments, where the WebSphere Server Hostname, Primary Administration User and the URL for Connections Access, had a “Name-Clash” (as described in the URL pasted above) so make sure you check that and/or consider when building a Test environment.

Do it Step by Step

I have made a mistake doing to many configuration changes at once, which essentially made it impossible to discover which part of the configuration led to an error. SPNEGO Implementation can be a combination of many different Configuration changes like: Primary Administrative User change, DNS changes and so on. So as my friend Martin Leyrer advised me, split the configuration in small steps/tasks, do one step, resync, restart and test and only after you are 100% happy with the change proceed with the next step.

Do you really need Kerberos?

As much as I know, SPNEGO is a “web friendly” version of Kerberos, right? So, it always made sense for me to do the Kerberos Configuration part in WebSphere before continuing with the SPNEGO part. Well I was wrong, the only Use-Case where you will need Kerberos implemented for IBM Connections is when you want to use IBM Connections Mail Plug-In with Exchange, which is not developed for Connections 6, so there´s that…

If you just want to achieve SSO from a Domain joined PC, then SPNEGO part will be sufficient. In that constellation Kerberos could just be another source of issues as Charlie Price made me realize that two months ago. 😀

LTPA Errors going through the roof

We had an issue with LTPA, basically everything we tried to do in Connections GUI produced a mass of LTPA Errors in the logs. I tried everything, regenerating the LTPA Keys and so on, I contacted the support team, but we could not solve the issue. So, I asked Sharon Bellamy James for advice and she told me to export the LTPA Token from WebSphere and import it again, this solved that issue. The GUI looked much better and there were no LTPA Errors anymore.

When creating a Service Principal Name, never use “HTTPS/” in the “KTPASS” command, even though you are accessing Connections via “HTTPS”, only use “HTTP/”. For Examle:

If you need more than one keytab files and Service Principal Names, use a separate AD User for every one of them.

This is quite easy to forget, no matter what you do, Kerberos won´t work if your Service User Account used in the “KTPASS” command does not have the following setting set:

Although, I am not 100% sure you need to do this when you are Configuring SPNEGO without doing the Kerberos part in WebSphere. I will surely test this next time when I have a chance.

For SPNEGO to work with WebSphere as it should, you need to disable TAI Authentication:

Than enter the following:

I hope this is going to help someone, if you have any Tipps of your own, please share them in the comments below.

A Jump Session about Connections Engagement Center (ICEC) will be held at 12th of September. For details and “.ics” file, take a look at the following page:

If you would like to know what ICEC is all about, than the following video is a good start: 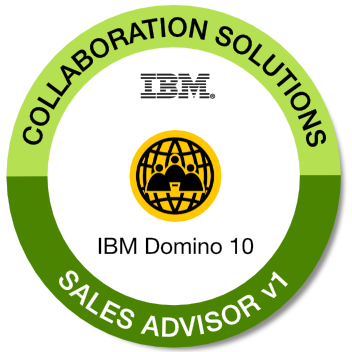 Back to top
Thoughts about IBM Connections, Domino and Sametime
Blog at WordPress.com.